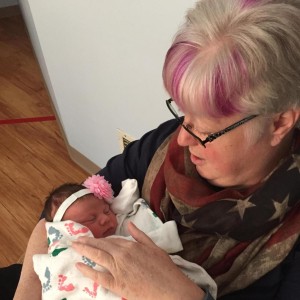 ROCK CAVE – One of the biggest projects the Southern Upshur Business Association orchestrates each year is its annual dinner in March, funds from which are used to assist the Christmas Store with their mission.

SUBA members find great meaning in helping the Christmas Store, an organization of volunteers who ensure 400 Upshur County families in need – with up to 1,000 children – have a merrier Christmas than they otherwise would.

“The Christmas Store is a nonprofit organization made up of people from our community that assists our neighbors in need to experience a brighter Christmas,” Kevin Campbell, president of SUBA, said. “We have all seen the statistics on our economy and now more than ever, we need to continue our tradition of supporting the Christmas Store.”

Campbell said he and members of SUBA brainstormed ways to support the Christmas Store after not having their annual dinner and came up with a plan for a ‘dinnerless dinner.’

“We ask that you mail in a $10 per person donation (and any extra you would like to contribute) as if you would have purchased your ticket for the annual dinner,” he said. “The money will go to the Buckhannon Upshur Christmas Store.”

Campbell said the SUBA Annual Dinner has taken place for many years, up until 2021.

So, even though the funding may go away, the need is still ever-present.

“We usually donate between $1,200 and $1,500 each year to the Buckhannon Upshur Christmas Store,” Campbell said. “Usually, we sell 120 to 150 tickets to the Annual Dinner, and we have maybe 80 or 90 people come for meals. A whole lot of people contribute and buy meals they do not come and get – so, if we normally have that many people willing to purchase meals they do not come and get, we thought we could have a ‘dinnerless dinner’ this year to help support the efforts of the Buckhannon Upshur Christmas Store.”

Campbell said they need to make sure the Christmas Store is operational because so many families depend on it during Christmas time.

He said SUBA meets the first Tuesday of each month at 6 p.m. at the Banks District Volunteer Fire Department/Rock Cave Civic Center, and people do not need to own a business to attend or join. Campbell said dues are only $20 per year, and that money is used for the upkeep of the Rock Cave ‘Y.’ Campbell said SUBA was formed to promote the growth and prosperity of the business segment of southern Upshur County. He said SUBA was instrumental, not only in starting, but also in building Tri-County Health Complex.

“That became the base for Community Care of West Virginia, which now operates in 29 counties,” Campbell said. “Rick Simons (CEO of CCWV) was our speaker for our Annual Dinner in 2020 and he went on and on about how Community Care would not exist without the efforts of SUBA, back when it was first starting up. And SUBA owns Fidler’s Mill – which is one of Upshur County’s finest museums.”

“SUBA owns and maintains the Veterans Memorial at the ‘Y’,” he said. “It hosts the largest Christmas Parade in Upshur County every year and hosts the Ground Hog Festival.”

SUBA does all it can to host tourism and provide value for the citizens in the southern part of the county. Anyone wishing to learn more about or join SUBA is invited to visit their Facebook page or join them Wednesday, Aug. 4 at their picnic at the Hawkins Family Farm in Rock Cave.

“Those who want to learn more about SUBA are invited to attend and bring a covered dish,” Campbell said. “It begins at 6 p.m. with a social half hour beginning at 5:30 p.m. Please come and learn more about our organization and meet your friends and neighbors.”