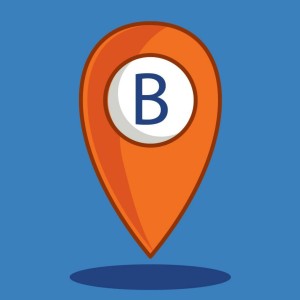 The new holiday, celebrated annually on June 19, acknowledges the historical significance of the end of slavery in the U.S. and the emancipation of enslaved people.

The closings were announced in the wake of President Joseph Biden on Thursday signing a bill passed by the U.S. House of Representatives and Senate just the day prior establishing Juneteenth as a federal holiday. Then, on Thursday afternoon, West Virginia Governor Jim Justice issued a proclamation that officially declared Juneteenth a state holiday in West Virginia.

According to the press release issued by Justice, because Juneteenth is celebrated on June 19 each year — and this year that date falls on a Saturday — Friday, June 18, 2021 “will be recognized as a full-day holiday for all public employees of the State” in commemoration of the historical significance of June 19, 1865.

The Upshur County Commission at the beginning of the year approved a list of holidays with a caveat stating that any day declared a state holiday by the governor would automatically be a holiday for Upshur County employees. However, because of the last-minute announcement and the fact that Juneteenth was not included in the original list of city holidays approved at the beginning of the year, Buckhannon City Council met in an emergency session at 8 p.m. in city hall in the middle of their regularly scheduled meeting Thursday, which began at 7 p.m.

Council voted 6-1 in favor of declaring June 18 as a holiday for city employees in recognition of Juneteenth. Only councilman David Thomas opposed amending the list of designated city holidays to include Juneteenth.

So, what is Juneteenth, any way?

Juneteenth — short for June Nineteenth — marks the day when federal/Union troops arrived in Galveston, Texas in 1865 to take control of the state and to ensure that all enslaved people were freed. According to the National Museum of African American Culture and History, even though the Emancipation Proclamation went into effect in January 1863, it couldn’t be immediately enforced in some states — like Texas — that still remained under Confederate control.

That changed when U.S. General Gordon Granger and about 2,000 troops arrived in Galveston, Texas on June 19, 1865 and read General Orders No. 3, which declared that, “The people of Texas are informed that, in accordance with a proclamation from the Executive of the United States, all slaves are free.”

Over 250,000 enslaved Black people in the state were freed by the decree, and the day was celebrated on its one-year anniversary on June 19, 1866 and in subsequent years as “Juneteenth.”

Thereafter, the day “came to be known as ‘Juneteenth,’ by the newly freed people in Texas,” according to information on History.com.

“The year following 1865, freedmen in Texas organized the first of what became the annual celebration of ‘Jubilee Day’ on June 19,” the website says. “In the ensuing decades, Juneteenth commemorations featured music, barbecues, prayer services and other activities, and as Black people migrated from Texas to other parts of the country the Juneteenth tradition spread.”

Multiple online sources note that in 1979, Texas was the first state to recognized June 19 or ‘Juneteenth’ as a holiday.

In West Virginia, the Herbert Henderson Office of Minority Affairs has planned a virtual Juneteenth celebration on Saturday, June 19. Stream the event live at 5 p.m. on the HHOMA Facebook page at 5 p.m. It will also air on West Virginia Public Broadcasting at 11 a.m. and 7 p.m.